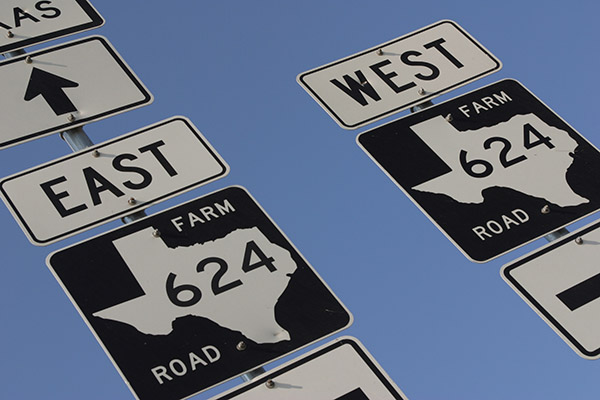 Here are 4 more questions to ask yourself to see if you are driving correctly on today’s roads.

Are you causing that traffic jam?

True or false: Traffic jams are a natural result of too great a volume of vehicles on the road. The answer is…false. True or false: Even heavy traffic can flow smoothly if people maintain a constant speed. Ok, so if the first statement is false, this one is obviously true. Did you know that, according to the University of Exeter, even one person just slightly stepping on the brakes can have a detrimental effect on the flow of traffic? Even in moderately heavy traffic, just one person lightly tapping the brakes to let another driver in can cause traffic to come to a complete stop in a matter of minutes—usually after the culprit has gone his or her way.

Unfortunately, people in traffic don’t keep a constant speed. How can you make sure you are not adding to the problem? Of course, keeping a good, steady distance from the car in front of you is an important part of the equation. But did you know keeping the right distance from the car behind you is equally important? If everyone kept an equal distance between the cars ahead of them and the cars behind, traffic would move steadily and almost twice as quickly. Ideally, traffic should move the way a group of bats flying out of a cave do. Sometimes millions of them must get through a small opening, and the way they do so is a thing of beauty. The belief is that bats are aware of the ones behind them as well as in front of them, and this allows them to get through a narrow space smoothly without colliding.

In the future, cars may have adaptive cruise control that monitors the vehicles behind them as well as in front to stay in the optimal space between them. Obviously, your main focus needs to be on the car in front of you, but keeping an eye on the car behind you and speeding up or changing lanes if you need to so you’re in the best space might help your experience of traffic flow.

Are you braking around a corner?

Have you ever been in the middle of a turn and realized you were going too fast to navigate it safely? When you’re in that situation, your first instinct is probably to hit the brake. But when  you brake in the middle of a turn, weight transfers to the front of the car, and you throw tire traction out of balance. When rear tires have less traction than the front tires, you risk skidding.

When approaching a curve, slow down before you get there. You want to be at the posted speed limit (or below) before you even begin to turn. According to Phil Moser, vice president of Advanced Driver Training Services (ADTS), “Every curve has what’s called the ‘critical speed of the curve.’ If you go too fast, it’s going to get to a point where you’re going to lose control. You could oversteer or understeer.”

If you do find yourself going too quickly around a curve, don’t slam on the brake. Instead, take your foot off the accelerator until you reach a manageable speed. Then gently reaccelerate through the rest of the curve.

And speaking of brakes…

Are you riding the brake when traveling down a hill?

Ok, so North Texas isn’t exactly known for its hills, but Texans drive a lot, so it’s likely you have driven—or will be driving—in areas with lots of hills—especially with the Hill Country to the south and the Ozarks to the north. If you ride your brakes or shift into neutral when going downhill, you’re doing it all wrong.

First, a tremendous amount of friction is involved in stopping your car, and that friction creates heat. Under normal driving conditions, the heat produced is able to dissipate as air moves over the brake system’s components, but when you ride the brakes, the system does not have the chance to cool down.  If the overheating gets serious enough, the brake fluid can actually boil which creates gas bubbles that disrupt the pressure when you push down on the brake pedal. What does this mean for you? It means you’re barreling down a hill with no brakes (or faulty brakes) to stop your car! Under such circumstances, even if your brakes manage to work well enough to stop your car, there will likely be substantial maintenance issues to deal with going forward.

Are you using your high beams incorrectly?

Do you know when to use your high beam lights? Since we live in an area with a fair amount of traffic, many of us rarely use our high beams, but they can actually make a huge different when used correctly in times and areas of poor visibility. In general, high beams should always be used in rural areas when there are no other vehicles around, but they should also be used on any unfamiliar roads, dark city streets, construction areas, and where there may be people or bicyclists along the side of the road.

When using your high beams, always remember to dim them when you are at least 500 feet from oncoming vehicles or you are approaching another vehicle from behind, so you don’t blind the other driver.

High beams can make a big difference on dark roads, but under some conditions of poor visibility, high beams can actually make things worse. In fog, heavy rain, and snow (rare, but it does sometimes occur here), the light from high beams can reflect back from the precipitation in the air and cause glare. When in doubt, switch back to low beams and see if it makes visibility better.

Here at Accident & Injury Chiropractic, we hope this blog series can contribute to a safer driving experience for you. And if, despite your best efforts, you are in an accident, please come to one of our clinics where we can help you with your recovery.